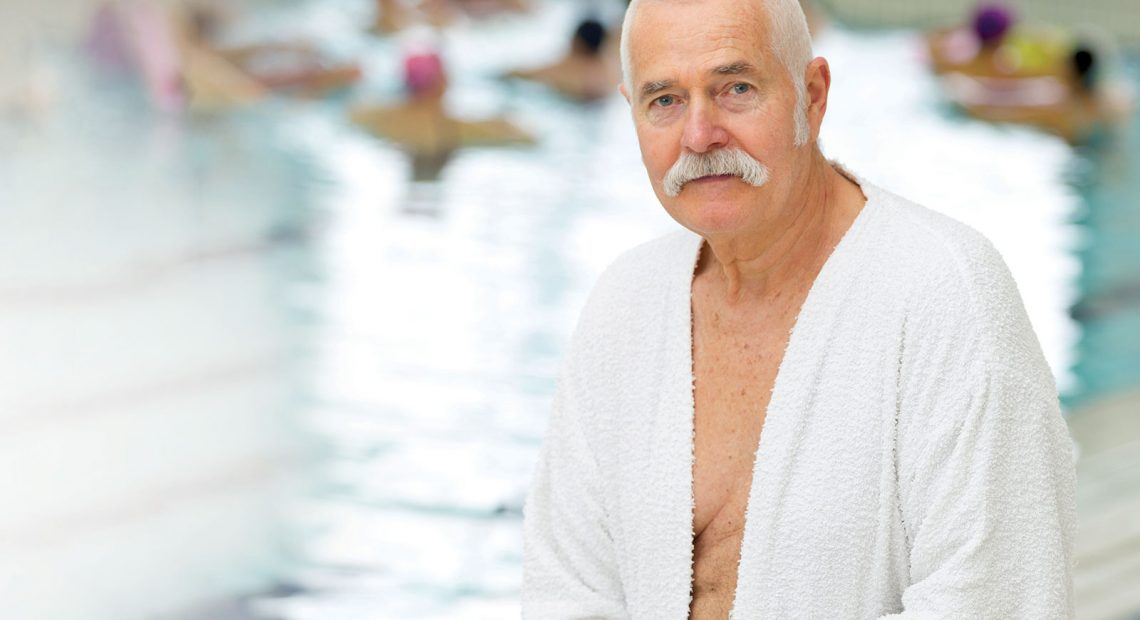 No matter how many positive strides you are making, there will be periods of frustration, sadness, anxiety, and emotional stress. There will surely be setbacks along the way—setbacks that make you want to crawl into a corner and cry. Some are quietly harrowing; others are genuine emergencies demanding immediate action. Both bring times of great stress and pressure.

Every story of Alzheimer’s and other caregiving situations, no matter how hopeful, is usually a story of decline. That decline is often not linear but in steps; some event precipitates a noticeable decline, large or small, in abilities and in options. Both patient and caregiver are thrown for a loop. How do you cope—externally and internally? How do you keep from falling into despair?

Coping with setbacks and emergencies

I will share one example of a deeply distressing setback that took us all by surprise.

With my husband, Ady’s background as one who swam on the Dartmouth swim team and who took pride in his ability in the water even many years into Alzheimer’s, I was stunned and saddened during the last several years to witness a mental block that arose each time he asked to go for a swim. This occurred during the period when he was doing remarkably well in all other areas—when his cognition was beyond all expectations. Swimming had been Ady’s lifelong choice of exercise. He wanted to swim. Then one day, he stood on the first few steps of the pool—and froze. He was terrified of getting into the water.

One weekend when our daughter visited, he asked her to come down to the pool with him. Knowing how he adored her and would do virtually anything to make her happy, I was certain that he would plunge right in. It was harrowing for her to plead with him and watch him stand there knee-deep for over two hours, unwilling to go further in and unwilling to leave.

I don’t think that I ever was able to accept this behavior. Each time we tried to dissuade him from going to the pool, knowing the hours that were in store for us, he absolutely insisted. Watching him in this unending struggle was difficult. We were all exhausted by what became an almost daily heartbreaking ritual.

I describe this emotionally draining experience to say that no matter how much effort we caregivers put in, no matter how positive the successes are, there will surely be failures along the way. Had this behavior occurred during the early years, it would have been an understandable part of what comes with Alzheimer’s. Occurring as it did, when he had made such inexplicably positive strides, it was devastating. Ady was still so rational about most things that this felt like a significant setback for all of us. Hopefully, the more armed you are with the expectation that setbacks will occur, the less shocking they will be, and the more emotionally prepared you will be to handle them.

Setbacks are bound to occur.
Try to be flexible and open minded.

The following description probably represents our lowest ebb, but I tell it because I think there were many important lessons here. The emergency took place three and a half years after the official diagnosis, before we had the need for aides at home and Ady could still be left alone for short periods. I came back from my daily walk, stopped by the kitchen to soak my socks. Suddenly, I heard a cry for help from the bathroom, where I found Ady lying on the floor, unable to get up. He had fallen on the hard-tiled bathroom floor. There was no possibility of my lifting him alone.

Fortunately, we lived in an apartment that had valets. I called  for help. The valet arrived quickly  and with great difficulty, lifted Ady into a chair. Ady was barely moving, and his head was bleeding from the fall. I went to call for an ambulance and as I did, I passed by the kitchen—which was now flooded with more than an inch of water. I had left the tap running. I do believe that when misfortune or difficult situations happen, they tend to follow each other in rapid succession for some reason.

The second call I made was to alert the emergency room at our regular hospital that we were on our way. All of Ady’s doctors were affiliated there, and so were all of his voluminous records. But convincing the ambulance paramedic to take Ady to a specific hospital was a challenge: our regular hospital was twenty minutes away, whereas there was a local hospital about three blocks away. The paramedic looked at me, trying to size up the situation, and then asked to see Ady and assess his condition. Fortunately, Ady was alert and calm, so they agreed.

Being prepared in advance

Still in my jogging clothes, I grabbed both my purse and the emergency envelope that I kept taped to the refrigerator in readiness for a time like this, which contained the documents I needed:


Under this kind of pressure and stress I could never have begun to round up these essential documents. Then came the next hurdle. As they were getting Ady into the ambulance, the paramedic, who was extremely polite and sympathetic, said, “Mrs. Berger, I’m sorry, but you’ll have to ride up front with the driver. You are not allowed to ride with him in the ambulance. I’ll be with him.” Although my own blood pressure must have been soaring at that point, I mustered up a totally calm exterior and quietly said, “Sir, we have been married for fifty-two years. You’ll have a much calmer patient if I can be near him.” He looked at me for what seemed an eternity as my eyes never left his. Then he said, “I’m not supposed to do this, but okay. Climb in.” I knew instinctively that if he thought he had a hysterical, emotional woman on his hands whom he would have to attend to in addition to his patient, he never would have broken the rules.

During the ride, I did, in fact, hold Ady’s hand and talk to him quietly to keep him calm. When I sensed that this kind paramedic, who was sitting in back with us, understood that he had made the decision that was most beneficial to his patient, I pulled out the charts in my envelope and showed them to him.

I cannot begin to describe the emotional distress that I was experiencing during this episode. When I later asked the nurse in the hospital to take my blood pressure, it was dangerously high. My determination to maintain outward calm enabled me to ride with Ady in the ambulance and to have him taken to the hospital of my choice.

“A diamond is a chunk of coal that did well under pressure.”

Knowing whom to call

I made two calls in the ambulance. The first was to our son, letting him know that we were in an ambulance on the way to the hospital. The second call was to my lifelong friend, Elaine Bloom, who lived not far from the hospital. She arrived shortly after we did and stayed by my side for nine hours—comforting me, getting me food, calling doctors, getting nurses to respond, and letting me know that I was not alone. When we left at 3:20am. Elaine insisted on driving me home.

I knew that our lives, once again, were forever changed. But I understood something else as well. At times like the emergency I just described, I realized the crucial value of real friendships built over a lifetime. I understood what it means to have friends who are there for you when you are not able to function.

Without realizing it, throughout my experience with Ady during the Alzheimer’s years, I had built a support system of people I could count on: the doctors, my family (even though they did not live near me), friends, and Lizette. I did not feel alone. I felt connected to a caring family.

I encourage you to build the relationships and think in advance of the people you might call upon in moments of stress or when you need a shoulder to cry on. Who is physically closest? Who is the most knowledgeable and empowered to share in the family decisions? Who is the friend you can rely on when your own resources are exhausted?

Though your emergencies will surely be different than mine, know that they will happen. Decline in a person suffering with Alzheimer’s, either physical, mental, or emotional events, will occur. Looking back, you will be able to pinpoint the events where significant additional decline took place. When we can anticipate these changes, we will be less likely to be thrown by them, and better prepared to handle the most difficult times. 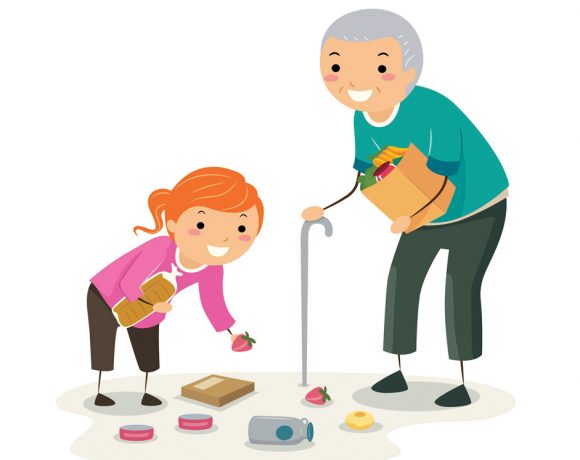 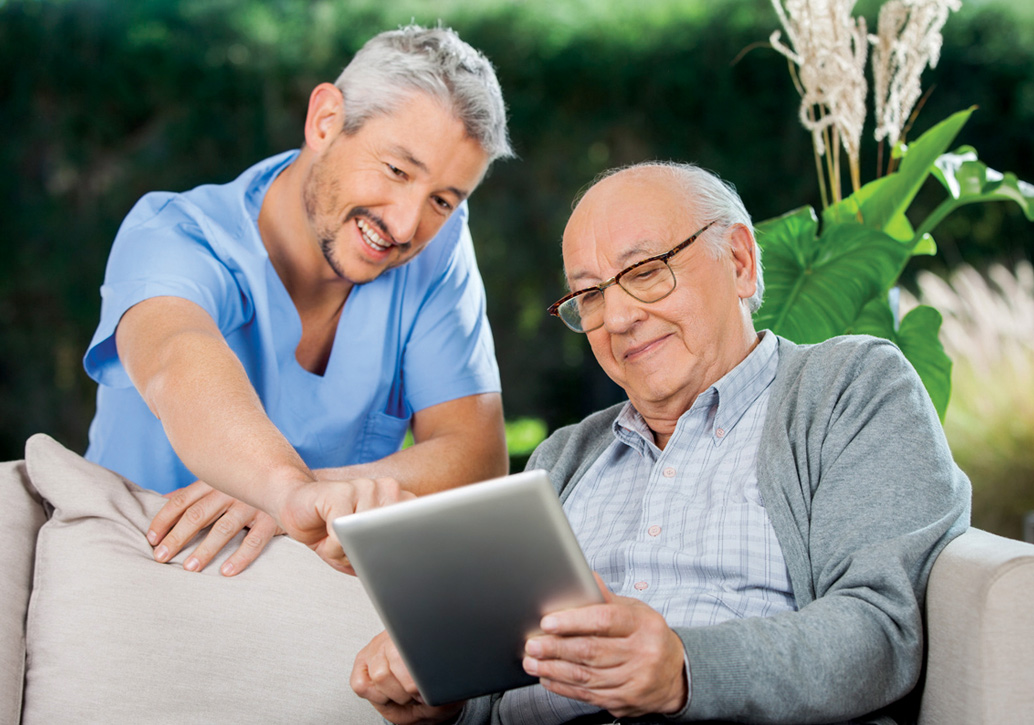 By caregiver October 7, 2016
CONNECT WITH CAREGIVER SOLUTIONS:
© 2017 BCS Communications Ltd. All Rights Reserved.
Use of this site constitutes acceptance of our User Agreement and Privacy Policy.