I’m Doing It My Way 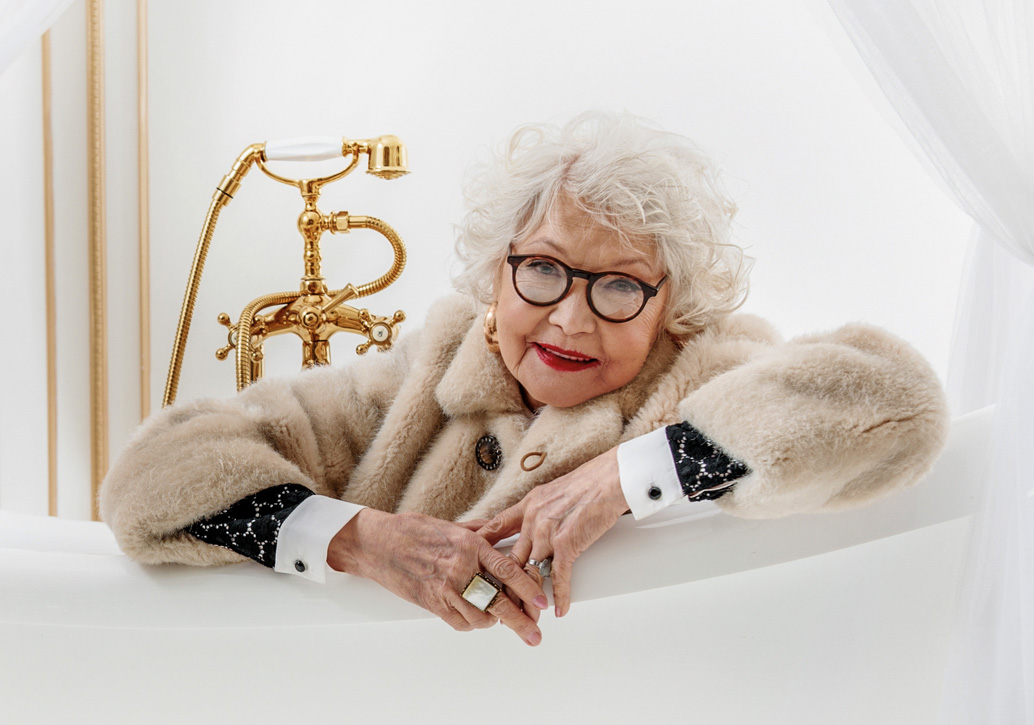 Who doesn’t want to enjoy their freedom and the ability to maintain their lifestyle and independence? Yet, with age and declining health, we often need a reality check to ensure that the inherent dangers and risks of living alone are mitigated as much as possible.

Let’s take a look at some smart seniors who have boldly taken things into their own hands to prevent unwanted surprises.

Ruth is 78 years old and a recent widow. She’s an avid bridge and Scrabble player, and has lots of friends and an active social and family life. Her calendar is full. Her goal, despite daily pain and reduced mobility caused by chronic arthritis, is to live vibrantly in her home for as long as she can. Bev is Ruth’s oldest daughter. She lives 15 minutes away.

Ruth and Bev have been handling things themselves but, aside from gardening and snow shovelling, which Bev’s husband helps out with on the weekends, there are a number of other more serious issues that need to be addressed.

Clipboard in hand, mother and daughter decided to create a to-do list with priorities and action steps. They invited a handy-man friend to join them, and paid a community occupational therapist to help them create a detailed home safety check.

Here’s what the team came up with:

• Safety first. Check the batteries in the smoke and carbon monoxide detectors. Add another fire extinguisher in the kitchen and re-demonstrate how to use it. Review security system protocols.

• Better lighting. Install hallway nightlights and a motion light in the bathroom, and switch to eco-friendly, long-lasting lightbulbs in fixtures.

• Watchful help. Add a webcam in the bedroom and kitchen, and a peephole in the front door.

• Upgrade devices. “Mum needs a new phone.” Make sure she chooses one that’s user-friendly, and has two-way speech and alerts.

• Clean vents. Clean the stove fan, laundry vent, and air-conditioning and heating ducts, and call a chimney sweep for the fireplace and chimney.

• Drips and leaks. Fix the plumbing to eliminate leaky pipes and reduce the potential for dampness and mold. Change the laundry room sink and taps, and fix the leaking showerhead and cracked tile. Re-grout.

• Stairways. Secure the railings on all staircases, and replace and secure carpeting on the basement stairs.

• In case of an emergency. Re-stock the first-aid kit and create a list of emergency contacts with their correct telephone numbers. Keep the list somewhere visible.

• Out with the old. Throw out the kitchen chair with the broken arm, de-clutter the stairs, hallways and other areas to prevent tripping and fire hazards.

• In with the new. Add a new coat of paint to freshen up the kitchen and the family room, as Ruth and her friends spend a fair bit of time there.

• Check small appliances. Replace the old kettle and toaster, as they no longer seem safe.

Of note: Many of these tasks are simple fixes that could be done in a day or two if Ruth and Bev set their minds to it and get a little help.

Along with the interior to-dos, there was also work to be done outside. At first the list sounded overwhelming, but with a closer look the handyman said things weren’t in as bad shape as they seemed. Ruth’s husband had done a good job of keeping things up before he passed away.

The pair hired the handyman, who was actually the neighbour’s husband, to keep an eye on things from now on. They asked him to immediately fix a few torn window screens, level the side pathway to get rid of uneven paving stones that might cause a fall and fix a dozen or so roof shingles that had come off during the winter. He also promised to help Bev clean out the garage to make room for garden tools and hoses. Replacing the back eaves and cleaning the rest made it onto the list as well. All in all, Ruth and Bev were suddenly set and hadn’t spent too much time or money in the process. Plus they’d done their best to prevent a spill and a hospital trip.

Both Josh and Susan are in their early 80s and each of them is still driving. It is, after all, their right—they have clean driving records and years of experience navigating the roads in all kinds of weather. The couple still enjoy nipping out alone or together to do the shopping, meet friends or just for an ice cream and a drive. Neither of them wants to hang up the keys or admit that anything is going to get in the way of their independence.

Not as it should be

Josh is becoming increasingly worried about Susan when she heads out on her own. She sometimes gets lost, and over the past few months she’s had a couple of fender-benders that she says weren’t her fault at all. Their kids are also getting somewhat concerned about Josh’s reaction time and that his eye sight, especially at night, isn’t what it used to be. Might their continued driving be a risk to themselves and others?

Time to be sensible

Logic rarely plays a role when an older adult needs to limit or stop driving. Giving up the keys is like relinquishing a part of a person’s self and their happy existence. In the case of Josh and Susan, however, it might be time to recognize that there are more potential risks than rewards. Solutions need to be explored before their cherished independence comes to a screeching halt and a car accident puts them in the hospital.

Stopping driving is often a gradual process, with elders being quite sensible and clever about it. After all, who wants to be “officially” told when to stop driving? My take: Do what Josh and Susan decided to do and take a proactive approach. They attended a “safe driving for seniors” workshop at their local Rotary club. At the workshop, they were introduced to the concept of planning to “retire from driving.” Part of the planning involved being honest about their limitations, and being willing to adjust accordingly.

Safe driving strategies that were presented included:
• taking routes that are familiar and simple
• avoiding driving at night or in bad weather
• never drinking and driving
• parking so you can exit without backing up
• planning routes to avoid left-hand turns
• getting eyes checked regularly and keeping prescriptions up to date
• asking if medications will affect driving abilities
• carpooling to group activities
• experimenting with alterantive transportation
options once a week.

By attending the workshops, Josh and Susan realized that it was important to understand the risks of continuing to drive. And, because they knew their driving days were numbered, they felt comfortable with the idea of slowly retiring their cars.

Both retired, these ladies became fast friends while volunteering at their local food bank. In fact, they became almost inseparable—until Linda had a stroke.

Not only was life turned upside down all of a sudden but, in addition, Linda—who was barely 70 and lived alone—needed care. She couldn’t drive, dress herself, make her meals or maintain her two-bedroom condo. Sarah moved in to help out and instantly became a caregiver—a role she hadn’t really bargained on. Their new reality left both women feeling isolated, bored and very restricted. Not only were they worried about what to do each day and how they’d manage to do it, but they were also concerned about the future.

Let’s explore some of the ways they managed to get active again and stay on track. They both joined their own support groups: Linda’s for stroke survivors and Sarah’s for caregivers. They created their own in-house gym, with DVDs, weights and yoga mats. Twice a week, a physiotherapist came to exercise with Linda and Sarah hired a trainer. The duo began using WhatsApp and Skype as inexpensive ways to stay in touch with friends and family. Once Linda was well enough, they continued volunteering at the food bank and joined community board-games groups, and invited friends to bring pets around in the afternoons.

Sarah decided to take an online course and Linda listened to TED talks. Together, they elected to write a blog called “Just the two of us” to share their daily thoughts and adventures.

By acknowledging their frustrations and working together to come up with some productive, interesting solutions that would “change things up,” Linda and Sarah managed to get a new lease on life—albeit a changed one.

It’s up to you. Take a look at your life today and explore your own risks. Being able to stay independent is about staying positive, making the right choices, being proactive and reducing your risk factors as much as possible.

6. Poor nutrition or alcohol use 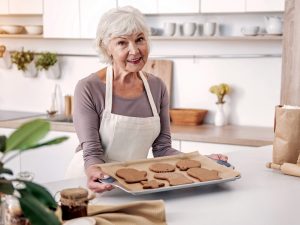 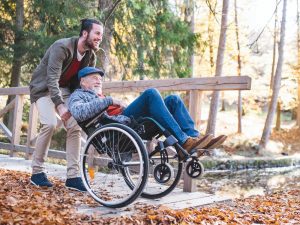 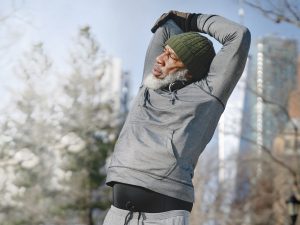 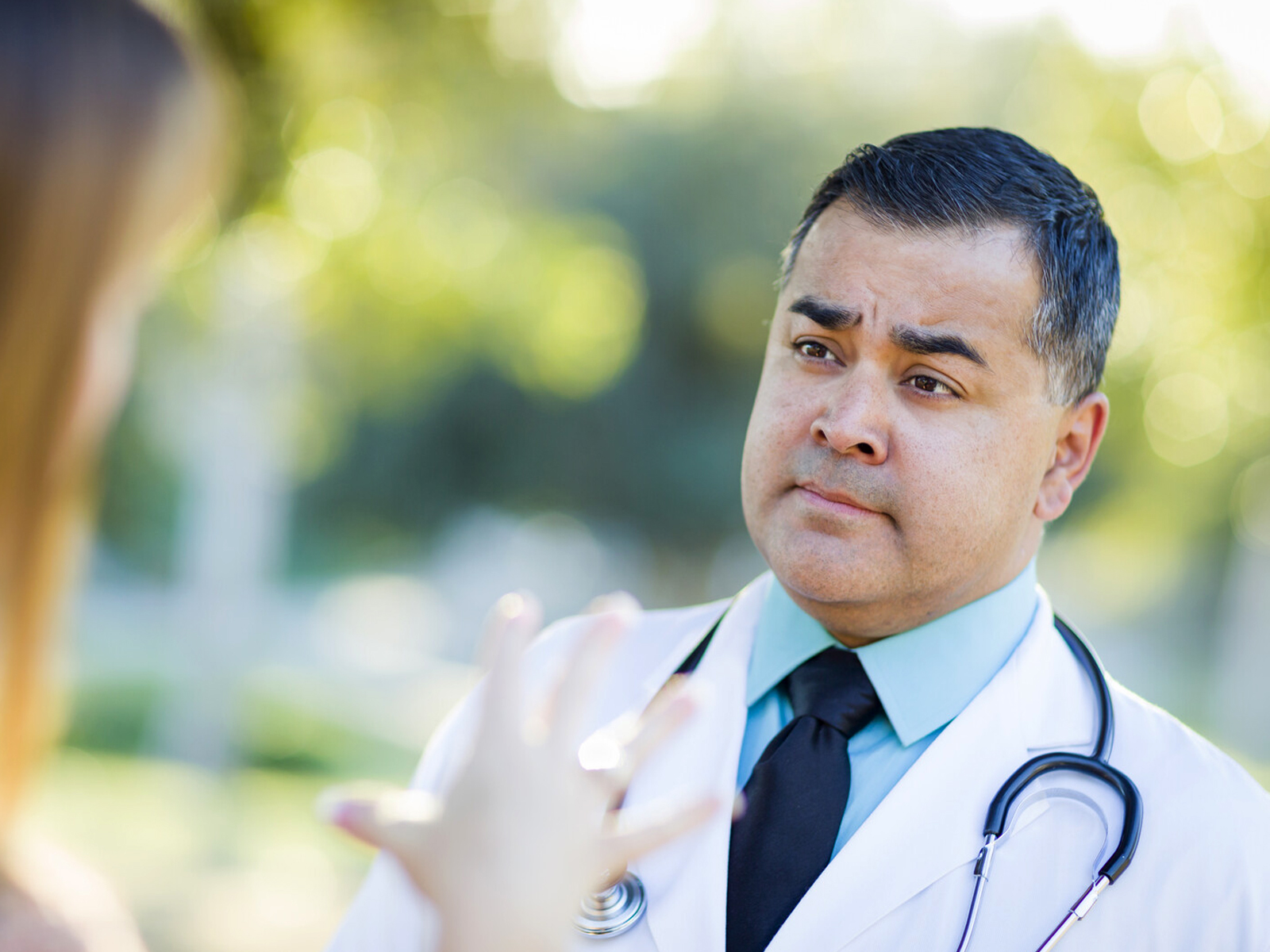 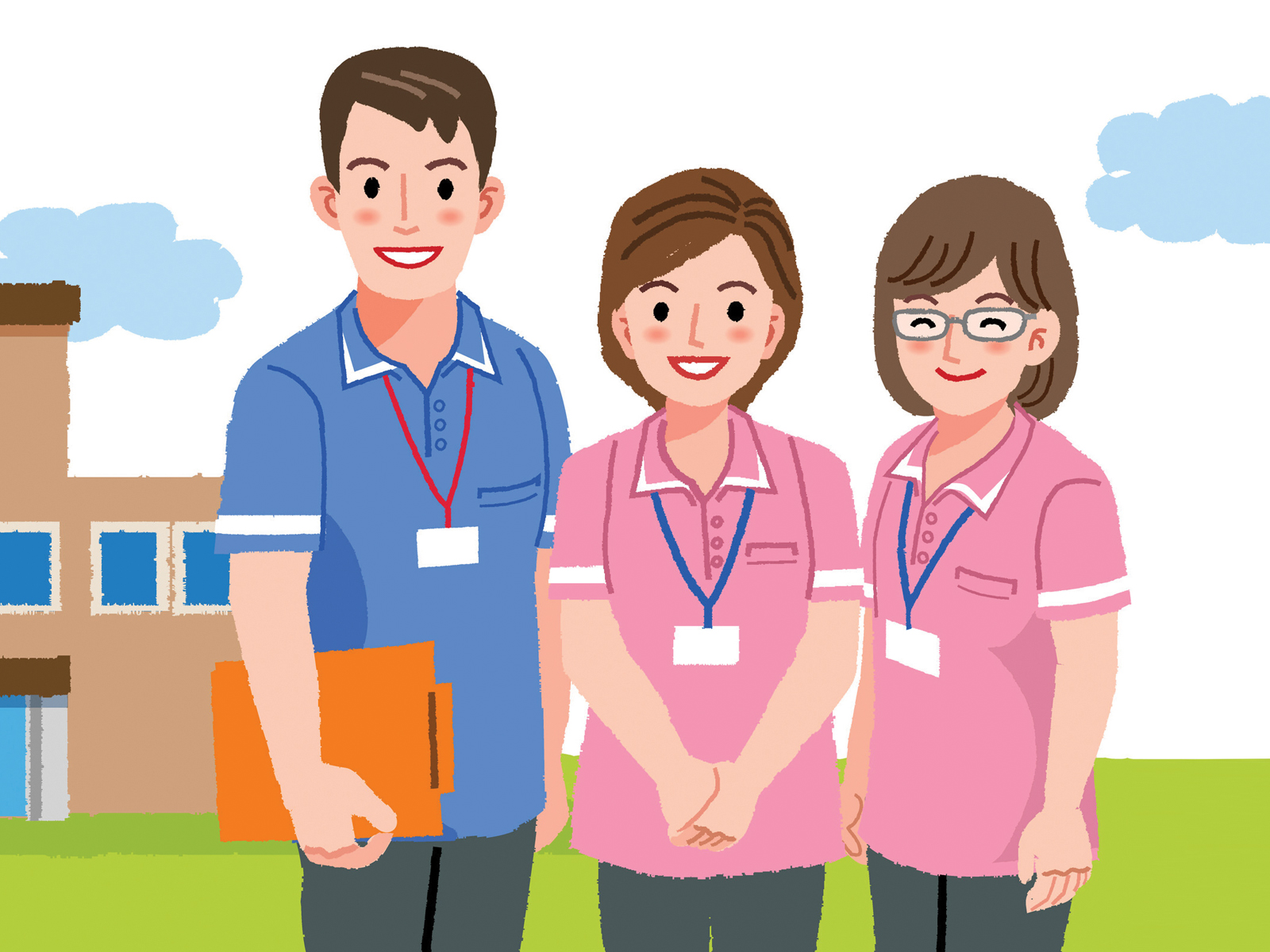 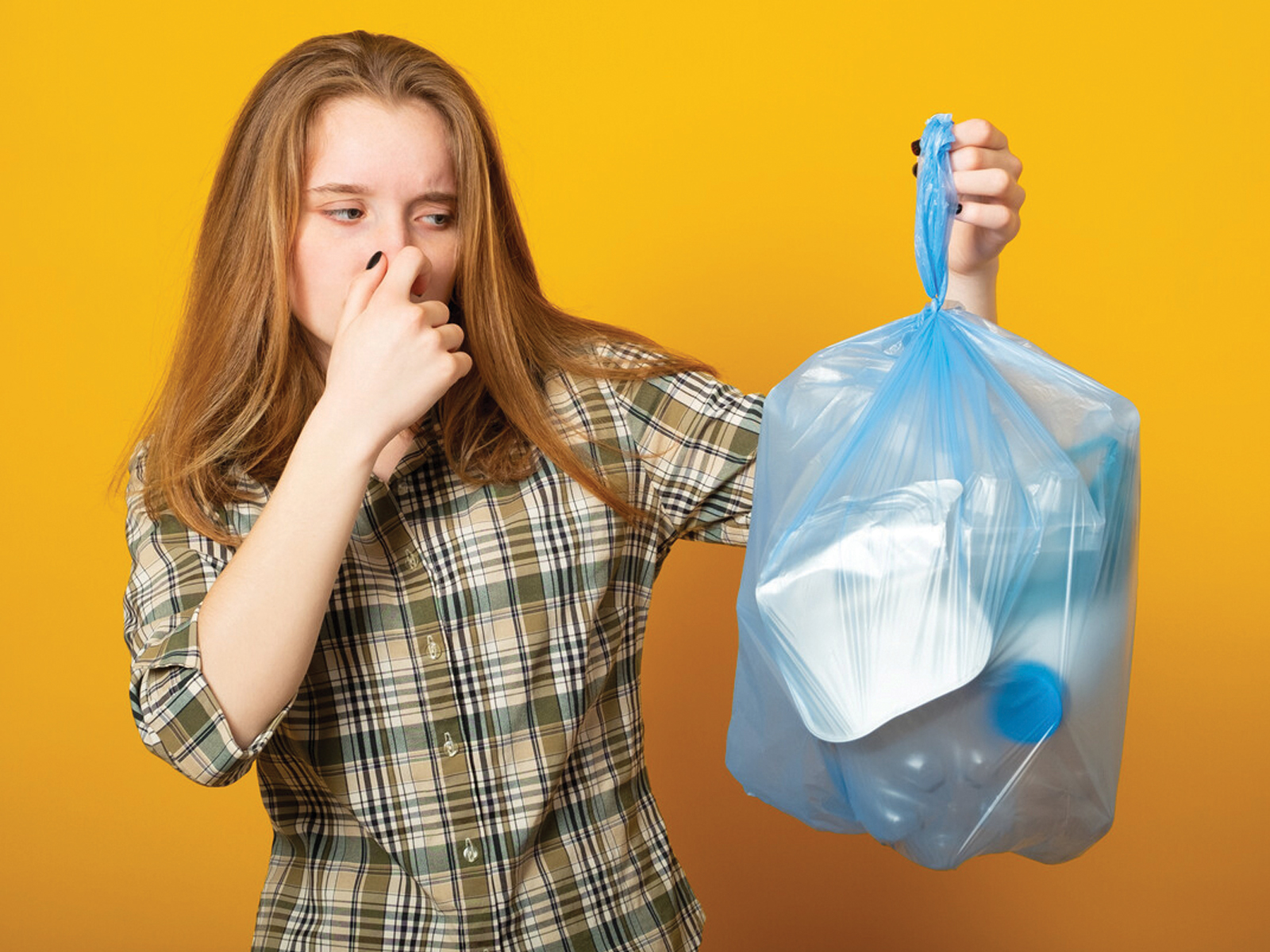 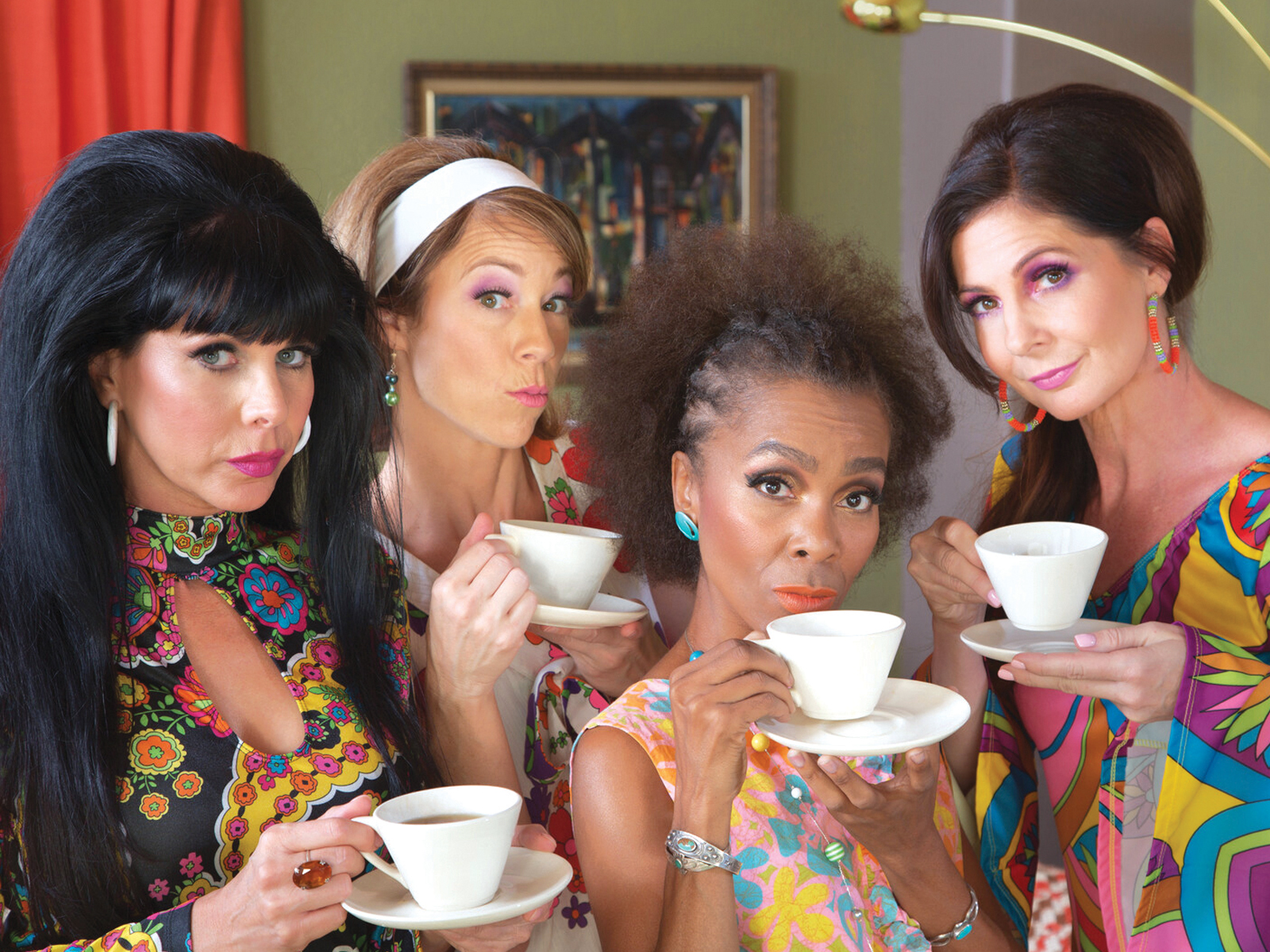 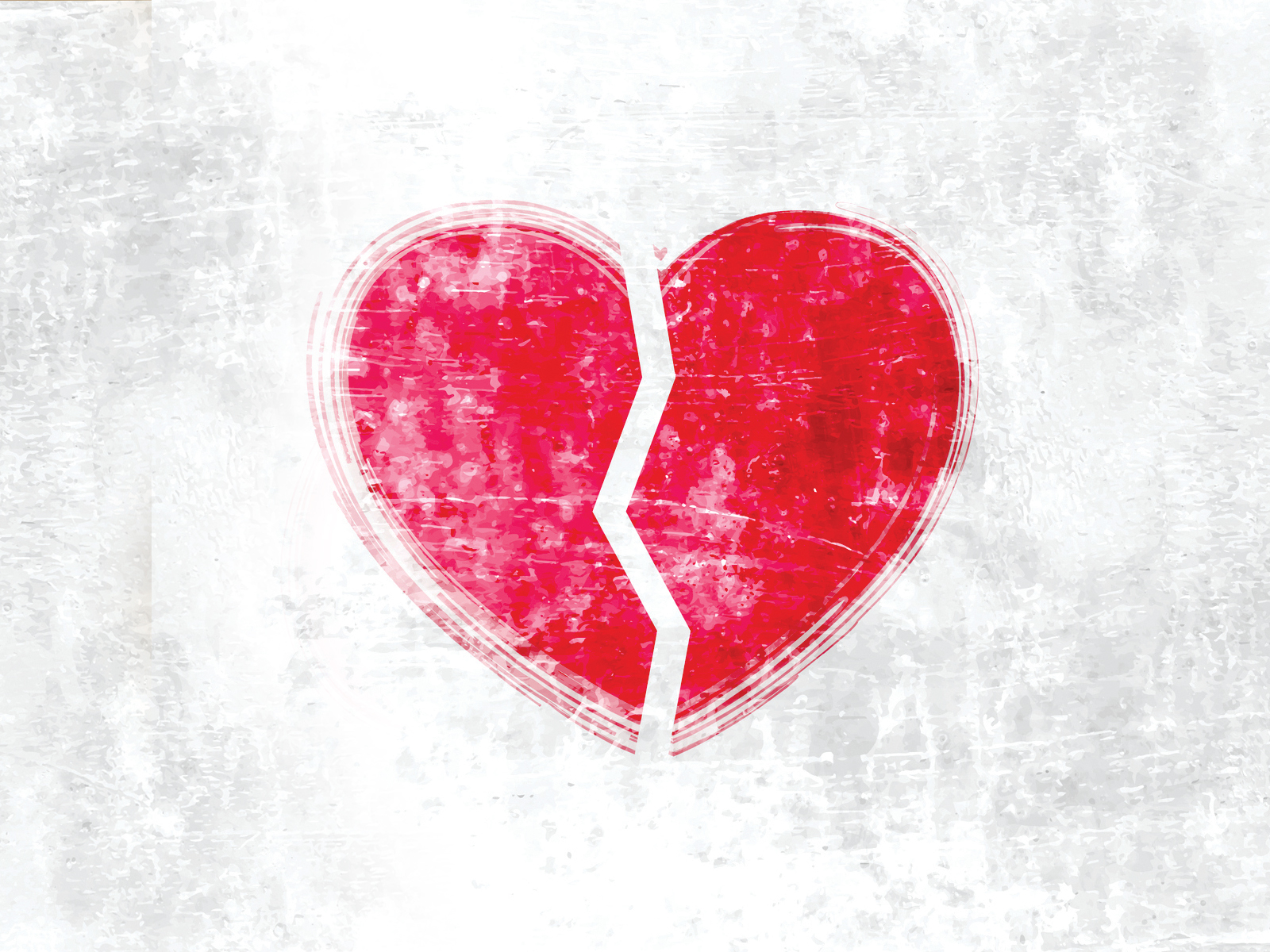