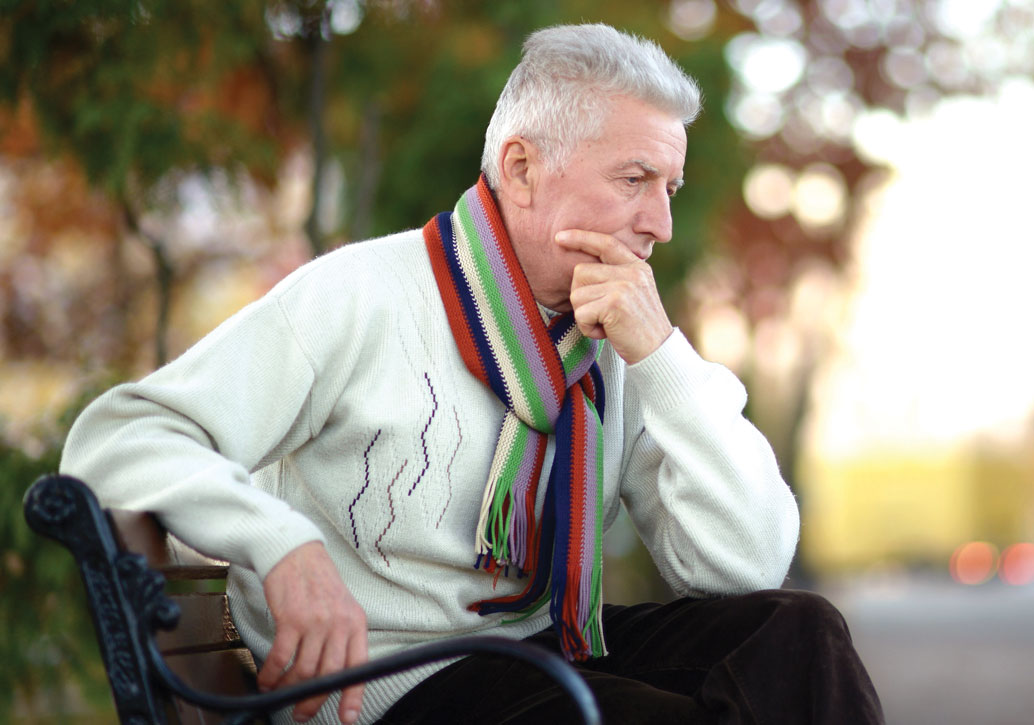 The difference between normal aging and dementia

We have all experienced moments when we can’t recall the name of an acquaintance or misplace our keys. We all forget things. These memory lapses can be frustrating, but they are not usually anything to worry about. Although some forgetfulness and age-related memory loss is common in older adults, dementia is distinct from these and is not inevitable. Consequently, it is important to be able to distinguish whether memory losses are part of the normal process of aging or cause for concern. 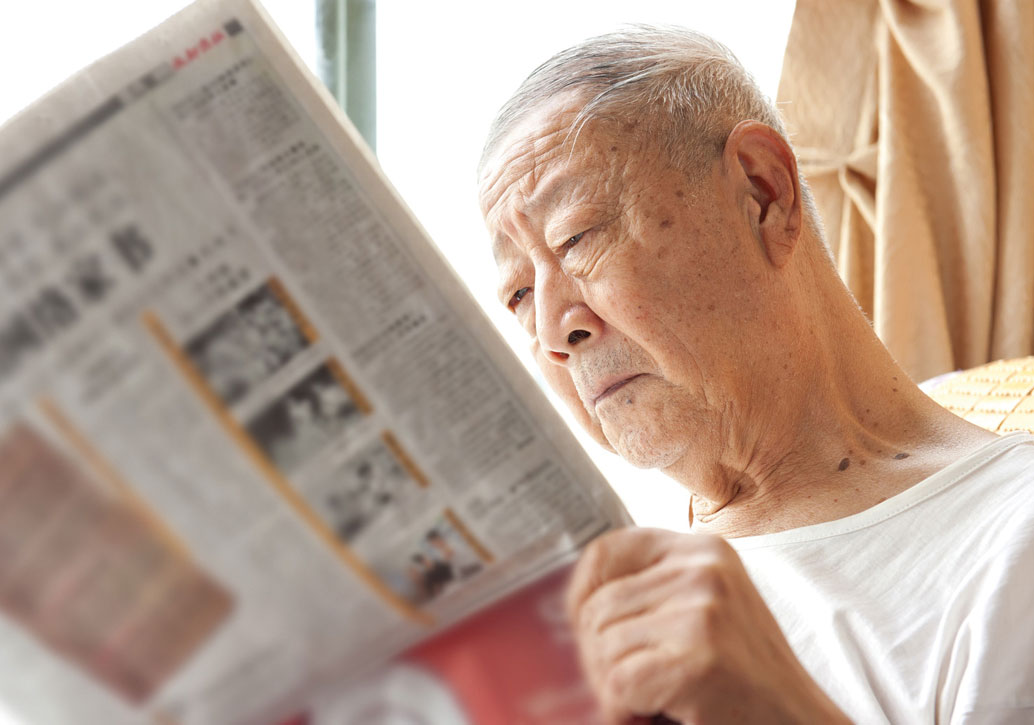 Contrary to public perception, Alzheimer’s disease and other dementias are not a part of normal aging. “Dementia” is an umbrella term for a set of symptoms that include loss of memory and issues with comprehension and judgement. It is important to note that dementia is not a disease in itself, but rather a symptom of an underlying condition. Alzheimer’s disease causes the most common type of irreversible dementia, accounting for 64% of all dementia cases. It is an irreversible disease of the brain in which the progressive degeneration of brain cells causes significant declines in cognitive and functional abilities.

The disease also affects behaviour, mood and the ability to perform

the simple tasks of daily living. There is currently no cure for Alzheimer’s disease. Some other types of irreversible dementias include vascular dementia, frontotemporal dementia, Lewy-body dementia and Cruetzfeldt–Jakob disease.

Some treatable conditions have also been known to cause dementia or dementia-like symptoms. Some common causes of reversible dementias include delirium, depression, drug interactions and thyroid problems. When these conditions are treated, the dementia
symptoms disappear. That is why it is extremely important to see a physician if you or someone you know has concerns about memory or any of these symptoms.

When should I be concerned about my memory?
The key question that you need to ask yourself if you are concerned about memory loss is: “Is this memory loss affecting my day-to-day abilities?” Many common memory lapses, such as not being able to remember details of a conversation or event that took place a year ago, or forgetting the name of an acquaintance or the occasional word, have little effect on our ability to conduct our daily activities. If your memory loss disrupts your work, hobbies, social activities or family relationships, however, then it becomes a cause for concern.

To help individuals to know when to seek help, the Alzheimer Society has outlined 10 warning signs:

1. Memory loss that affects day-to-day abilities
It is normal to have the occasional memory lapse, such as forgetting an appointment but remembering later. Because dementia effects the way new information is stored by the brain, people with Alzheimer’s disease forget things more often and have trouble recalling information that has recently been learned. 2. Difficulty performing familiar tasks
Being busy and stressed can cause us to become distracted enough to have a small lapse in our working memory, such as forgetting to add an ingredient to a recipe. With Alzheimer’s disease, however, a person will begin regularly having trouble completing simple tasks that have been familiar to them all their lives, such as making coffee or playing a favourite game. It is important to differentiate a lapse caused by distraction from these more subtle memory issues with familiar tasks or routines.

3. Problems with language
Everyone occasionally has trouble finding the right words, but someone with Alzheimer’s disease might forget simple words or substitute words of different meaning, forming sentences that are difficult to understand.

4. Disorientation in time and space
It is normal to sometimes forget where you are for a moment. A person with Alzheimer’s disease can become lost in a familiar place such as their home neighbourhood, or might not be able to recall when or how they arrived at a particular destination.

5. Impaired judgement
From time to time, people can make questionable decisions such as delaying a much-needed doctor’s appointment. But those with Alzheimer’s disease can experience major changes in judgement or decision-making. For example, they might go out on a freezing winter’s day dressed in summer clothing.

6. Problems with abstract thinking
On occasion, we all have trouble with tasks that involve abstract thinking, such as the simple mathematical calculations involved in balancing a chequebook. Someone with Alzheimer’s disease might have significant difficulty with such tasks, and fail to understand numbers, how they are used or what they represent.

7. Misplacing things
Anyone can temporarily lose a wallet or keys. A person with Alzheimer’s often misplaces things in illogical places, such as leaving a wristwatch in the freezer.

8. Changes in mood and behaviour
We are all moody from time to time, but a person with Alzheimer’s disease can exhibit varied mood swings, from calmness to extreme sadness or anger, for no externally apparent reason.

9. Changes in personality
Our personalities can change over time in subtle ways. A person with Alzheimer’s disease might experience very noticeable personality changes and can start to become confused, suspicious or socially withdrawn. They might appear apathetic or fearful, or act out of character.

10. Loss of initiative
At times, we tire of work, family or social obligations. A person with Alzheimer’s disease might become passive and apathetic for long periods of time, requiring prompting or motivation to become involved.

If you notice any of these symptoms or have any concerns about your memory, it is important to see a physician. Early diagnosis of a dementia will help you and your family to learn about the disease. It is wise to plan ahead and seek support. There are also medications available that can help with some of the symptoms; however, they are not a cure and will not stop the disease from progressing.

Katie Doran is a Public Education Coordinator at the Alzheimer Society of Toronto. Tips for Eating out with diabetes 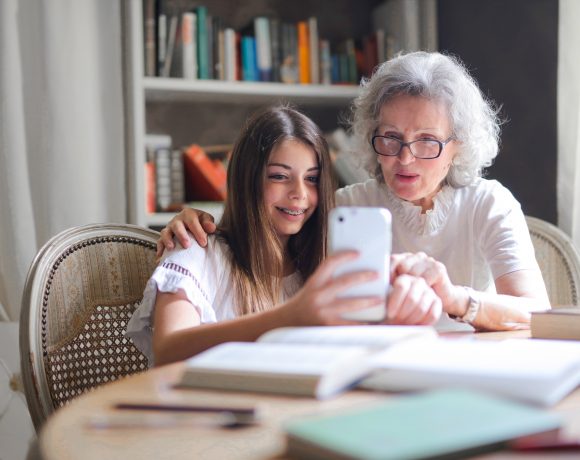