All my other relatives served gefilte fish at holiday meals, but not Aunt Sandy. Instead of breaking the fast on Yom Kippur with gefilte fish, kugel and bagels and lox, she made potage Parmentier, pesto pasta salad and, her masterpiece, sweet and sour fish in a shimmering aspic.

In my version, I reduced sugar and substituted balsamic for the sharper wine vinegar. I added raisins and sliced lemons, an idea stolen from a similar recipe I found online. I eliminated the peppercorns, which were unpleasant to crunch, adding aromatic thyme instead.

Finally, because I didn’t want aspic, I substituted prepared fish broth for the mess of boiling bones. The broth was light and refreshing with a gentle acidity that was balanced by the sweetness of the raisins. And the fish was succulent and rich and suffused with flavor.

Preheat oven to 350 degrees. In a large pot, simmer fish broth with garlic, bay leaf and salt for 15 minutes.

In a 9-by-13-inch baking dish, scatter red onion and half of the thyme. Place salmon on top, skin side down, and season with salt and pepper. Scatter remaining thyme, raisins and lemon on top.

Stir vinegar and sugar into broth and let simmer for 1 minute to dissolve sugar. Remove garlic and bay leaf from broth; carefully pour broth over fish. Bake for 8 to 10 minutes, until fish is just cooked through to taste. Serve hot, warm or cold, with challah for dipping into broth. 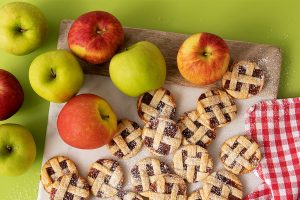 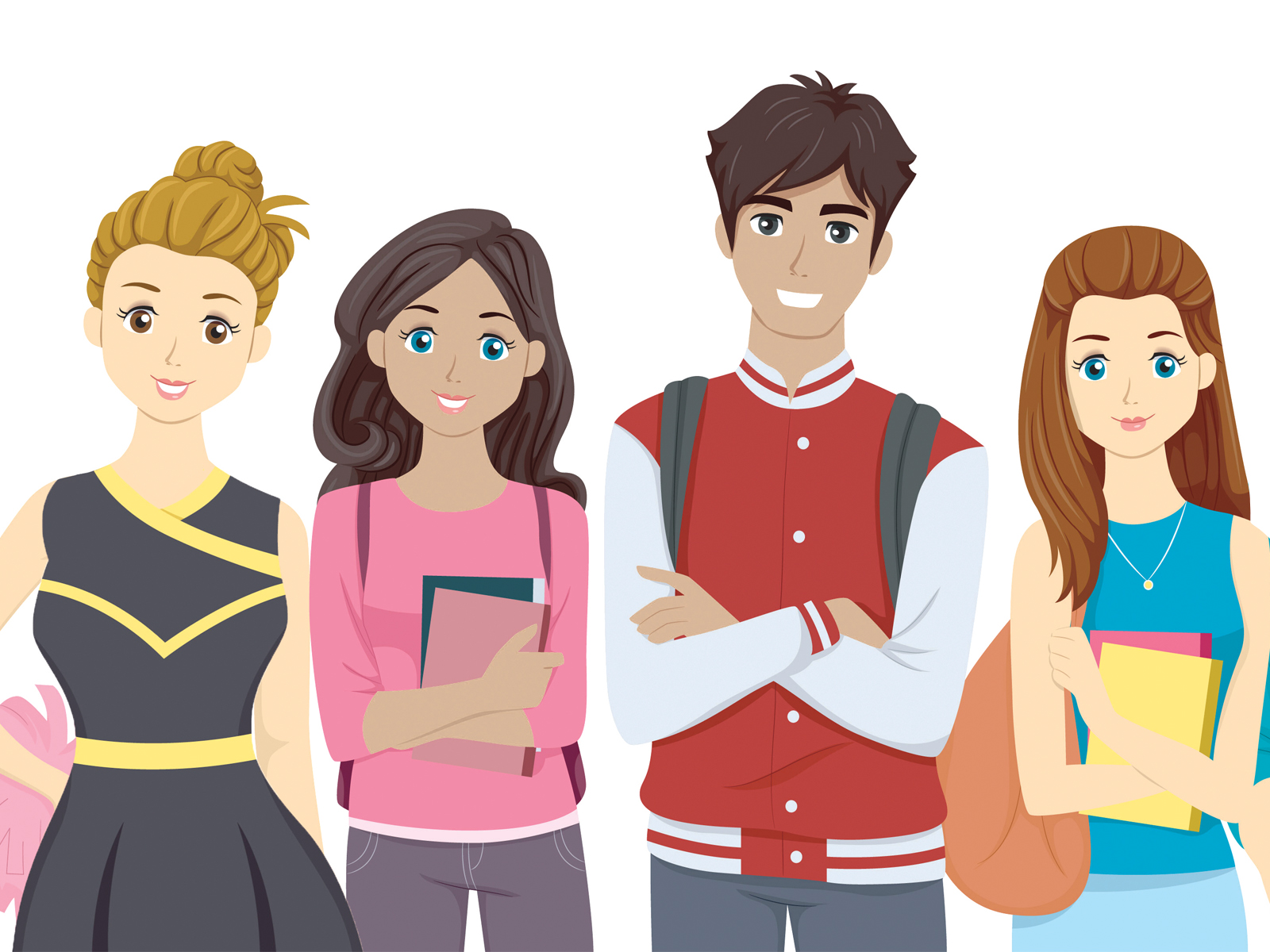 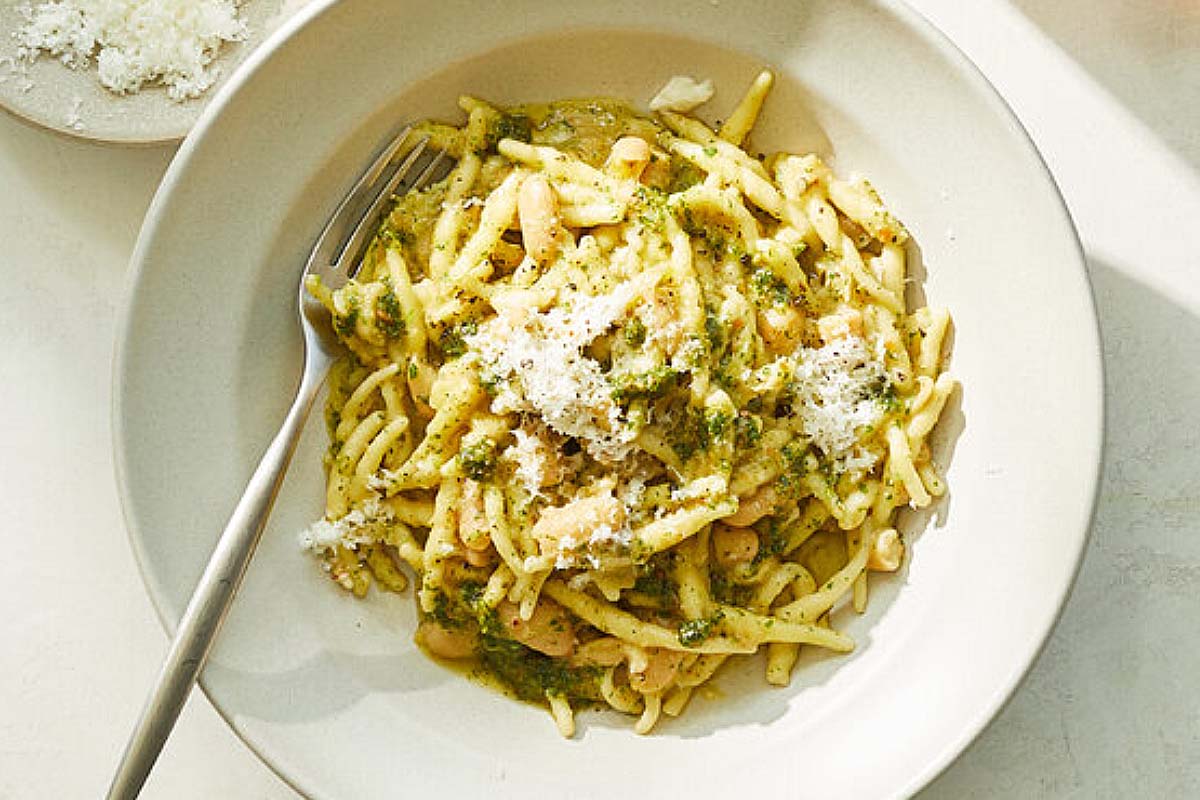 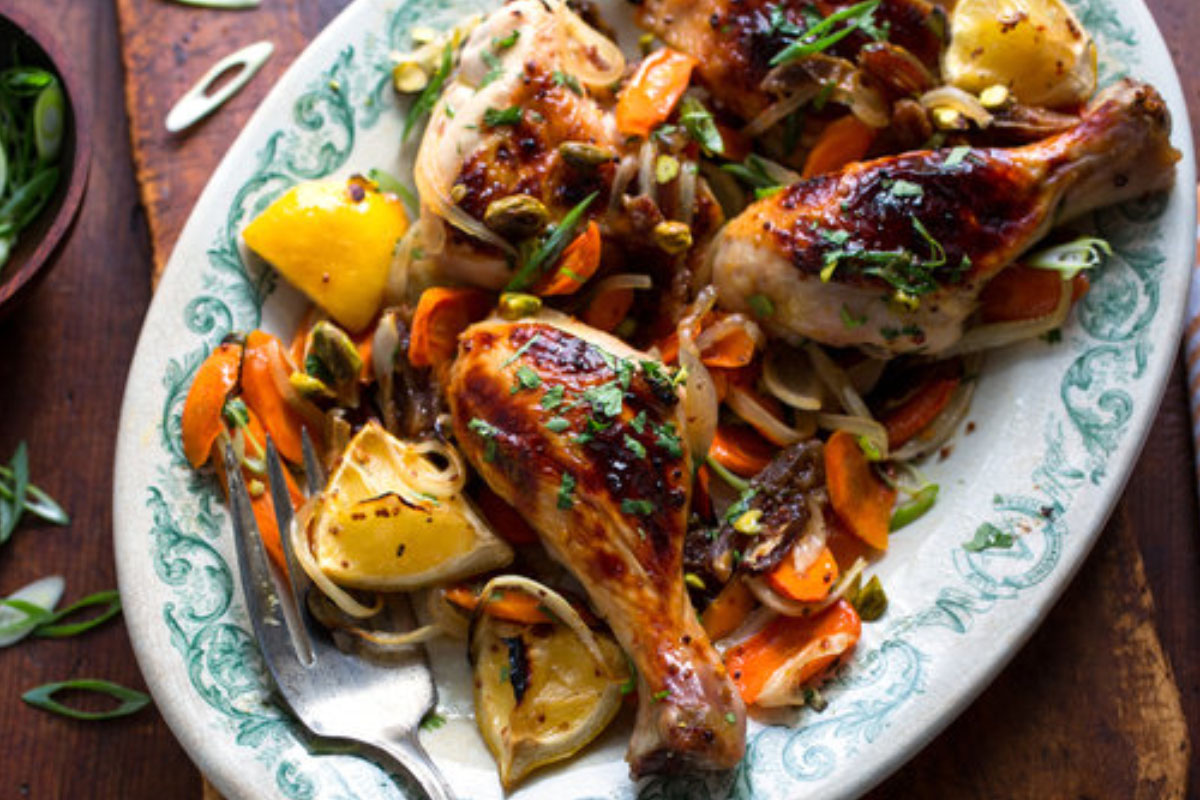