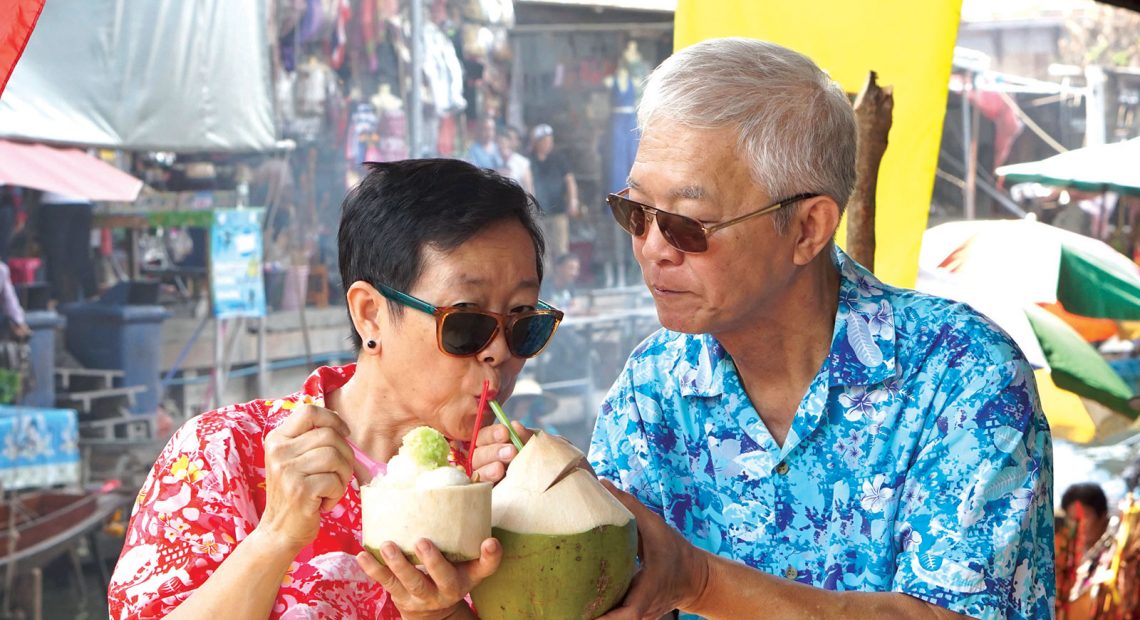 No longer are exotic locales limited to the jet-set. New reasons to travel, such as “eco-tourism” and “humanitarian tourism”—as well as increased worldwide migration—are sending humans to the furthest corners of the globe.

Marshall McLuhan’s “global village” has become a reality, with ever-easier access to remote regions of the world. Travel exposes us to new cultures, foods and experiences—and unfortunately to a number of infectious diseases. So what’s the trick to understanding, preventing and, if necessary, treating whatever you might catch along the way?

Let’s start with a definition, just so we’re clear: Infectious diseases, also known as “communicable diseases,” are illnesses caused by organisms and the toxins they produce. They are spread directly from an infected person, animal or environmental source, or indirectly by contaminated elements such as water or food. Research shows that older adults are more susceptible to infectious diseases for a variety of reasons.

And because many of us are choosing to travel to “exotic” destinations, we may be putting ourselves at risk. Here are a few common infectious diseases that a world traveller might encounter.

Malaria is a parasitic disease spread by the bite of the female Anopheles mosquito. Symptoms include a high fever, shaking, chills and flu-like illness. If untreated, malaria can progress to severe illness and even death. Prevent infection by wearing long-sleeved tops and long trousers, regularly applying insect repellent and sleeping in an air-conditioned room or under an insecticide-treated bed net. Malaria is common in Africa, Central and South America, and parts of the Caribbean, Asia and the South Pacific.

Prevention: There is currently no vaccine against malaria for travellers, but preventative anti-malaria drugs are recommended for people travelling to regions in which the disease is endemic.

The Escherichia coli (abbreviated to E. coli) bacteria is found in the environment, food and intestines of people and animals. Although most strains of E. coli are harmless, others can cause diarrhea, urinary tract infections, respiratory illness and pneumonia. E. coli is found in virtually every part of the world; however, new or unfamiliar foods, water and environments can cause an outbreak in a traveller.

Prevention: Make sure you carefully wash your hands and food. Only eat meat that has been cooked thoroughly, with raw and cooked foods kept apart. 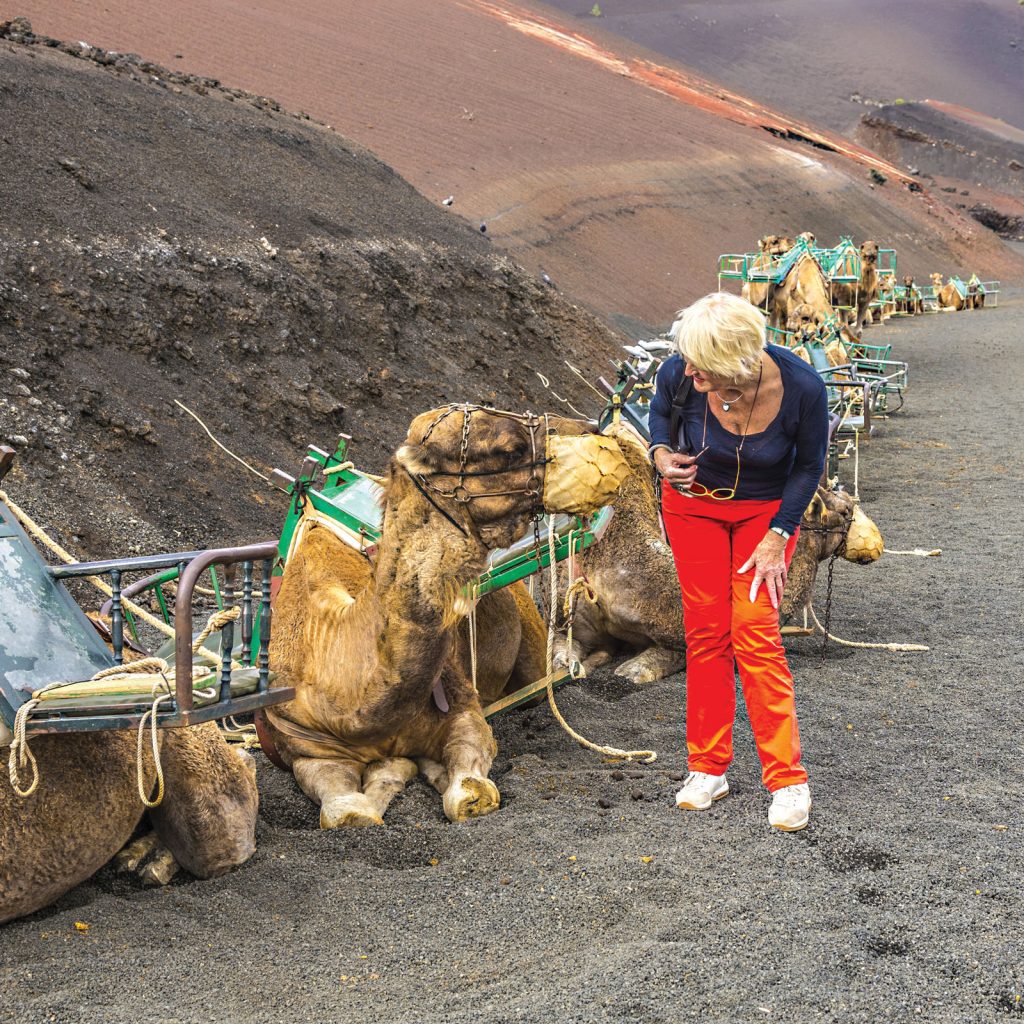 The Schistosoma parasitic worm is carried by freshwater snails. The snails release the worms’ larvae into freshwater rivers, lakes, ponds or wetlands, from where they can get into people by penetrating the skin, such as the soles of the feet. The Schistosoma worm is endemic where water is contaminated with the feces of infected humans and animals. Symptoms can take up totwo months to develop, and include fever, chills, cough and muscle aches. Schistosomiasis is common in Africa, the Middle-East and some parts of South America, the Caribbean and South-East Asia.

Prevention: Avoid swimming in freshwater and heat any water that you need to use. There’s no vaccine available, but the drug praziquantel will kill the parasites within one to two days of treatment.

Yellow fever is a virus carried by the Aedes aegypti mosquito. It causes fever, chills, headaches and muscle aches as well as jaundice, hence “yellow fever.” About 15 per cent of those affected become seriously ill, with bleeding, shock, organ failure and sometimes death. The yellow fever virus is found in tropical and subtropical regions of Africa and South America.

Prevention: Ask your doctor about the yellow fever vaccine, which should be administered 30 days before your travel date.

Tuberculosis (TB) is a disease caused by the Mycobacterium tuberculosis bacteria. The TB bacteria spread through microscopic droplets that are released into the air when someone with the untreated, active form of TB coughs, speaks, sneezes or spits. The bacteria usually attack the lungs, with symptoms including a prolonged
cough, weakness, tiredness, weight loss and night sweats.

While TB has largely been eradicated in developed countries (although it is, unfortunately, making a come-back), it remains the second greatest infectious cause of death globally (after HIV/AIDS). TB occurs in nearly every country, but infections are more concentrated in developing countries, particularly in Asia, Africa and
Eastern Europe.

Prevention: A vaccine is available, but its protection in adults is limited. If diagnosed, TB is treatable and curable with an extensive course of antibiotics. However, drug-resistant forms of the disease have emerged globally.

“Live with no excuses and travel with no regrets.”
Unknown

This bacterial disease is spread through contaminated food and water. Symptoms begin as a high fever, weakness, stomach pain, headache and loss of appetite. Typhoid fever is common in Africa, Asia, the Caribbean and Central and South America, with the highest risk in South Asia.

Prevention: Drink only bottled water and avoid unpeeled fruit, vegetables, street food and ice in drinks. A vaccine administered before travel protects only 50–80 per cent of recipients. Typhoid fever can be treated with antibiotics, but drug-resistant bacteria have begun to emerge.

The hepatitis virus has several forms (A, B, C and D). Hepatitis A is of most concern to travellers as it is spread through contaminated water and uncooked food. The disease is closely linked to unsafe water, inadequate sanitation and poor personal hygiene, and is one of the most common causes of foodborne infection. Symptoms include fever, malaise, loss of appetite, diarrhea, nausea, abdominal discomfort and jaundice. Hepatitis A is found in most of the developing world.

Prevention: A vaccine should be taken before travel. The only treatment for the disease is rehydration and supportive treatment until recovery.

• See a doctor for a pre-travel visit: Make an appointment with your healthcare provider at least four to six weeks in advance of travel to discuss your travel plans and medical history. Be sure to remind your doctor about any illnesses and all current medications, as these may affect some of the required travel vaccines.

• Get vaccinated if necessary: Specific vaccines will be required for certain destinations. Some vaccines need time to start working and some require more than one dose, so allow enough lead time and be sure your routine vaccinations are up to date, including a tetanus shot.

• Check your travel health insurance: Carefully research your travel health insurance options to be sure you are properly covered to receive timely medical care in the event of illness. Some premium credit cards include medical evacuation protection when that card is used to book the trip. Make sure you understand the details of your policy and carry a copy with you.

• Plan ahead: Pack enough of your regular medicine for the duration of the trip, plus a few extra days’ worth in case of travel delays. Prescription medicine should be carried in original containers and all medications packed in carry-on luggage. However, make sure you check the rules for all the countries you’re going to, including any you’re passing through, about the types of medicine that are allowed into the country and the maximum quantity you can take in.

• Practice good habits: Always practice safe food and water habits while travelling and be aware of any health warnings for Canadians posted on cdc.gov. It’s also a good idea to have researched where you can get medical care en route and at your destination.

Travel gives the mind a break from the everyday and expands our horizons. Especially for older adults, travelling back to a favourite city or trying an undiscovered place can be rejuvenating. Travelling also forces the brain to exercise cognitive skills when researching, planning and making travel arrangements. It’s the ultimate gateway for something new, unknown and exciting! 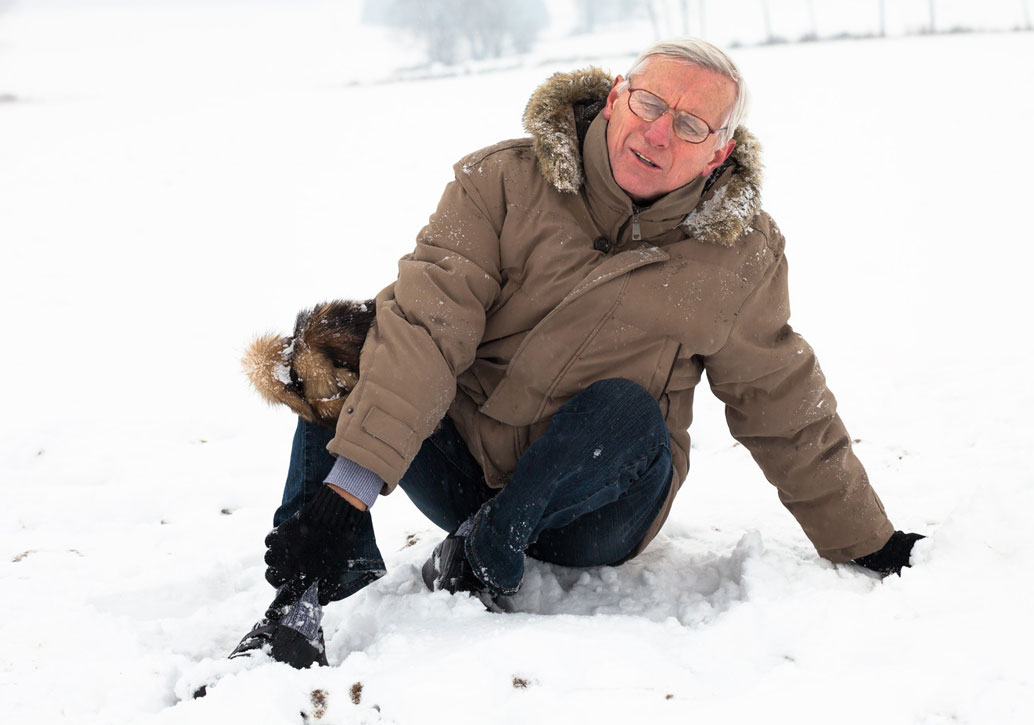 The ins and outs of travel insurance

By caregiver April 6, 2020
CONNECT WITH CAREGIVER SOLUTIONS:
© 2017 BCS Communications Ltd. All Rights Reserved.
Use of this site constitutes acceptance of our User Agreement and Privacy Policy.